Odd recommendation: Dead Eyes podcast. I think this started with a reddit post but I’ve gotten lost on a rabbit-trail. Apparently, way back in 2000 when Tom Hanks was casting Band of Brothers, erstwhile actor Connor Ratliff got the job of a an aide to then-Captain Dick Winters – except that the day after the audition, the story goes, Hanks himself suddenly decided to go with another actor saying Ratliff had “dead eyes”.

Quick cut to many years later and Ratliff still hasn’t come to terms with this. He’s had some minor successes and moved between small roles in movies and tv and especially stand-up and improv. But to deal with the now decades old humiliation, he started a podcast to dive deep into the “Band of Brothers” universe to try and understand what happened a long time ago.

While trying to decide if this might be worth a valuable hour of my evening, I then find that Ratliff also does a hilarious George Lucas impression and for six or so years has put on The George Lucas Talk Show (and wikipedia entry).

OK, for me that means I need to listen to “Dead Eyes”. There’s been two seasons of the show (about 10 eps per) and rather than start at the beginning, I try just the last episode, #20 The Big Zielinksi which tries to discover the real story of who that aide to Dick Winter was, Private John S. Zielinski. Helping him on this is Band of Brothers writer/producer Erik Jendresen. Turns out the episode is more than a little fascinating, with its own rabbit-trails and twists, and by the end quite touching.

If you give the show a shot, you’ll see how odd it is that this isn’t a youtube show as they talk about various photographs a good deal - including the famous shot of Winter and Easy Company friends at Hitler’s Eagles Nest : John Zielinski may be the soldier kneeling on lower left

Will have to check out other episodes with guest like acting friends Jon Hamm, Seth Rogan, Ron Livingston, Judd Apatow, Elijah Wood, etc. 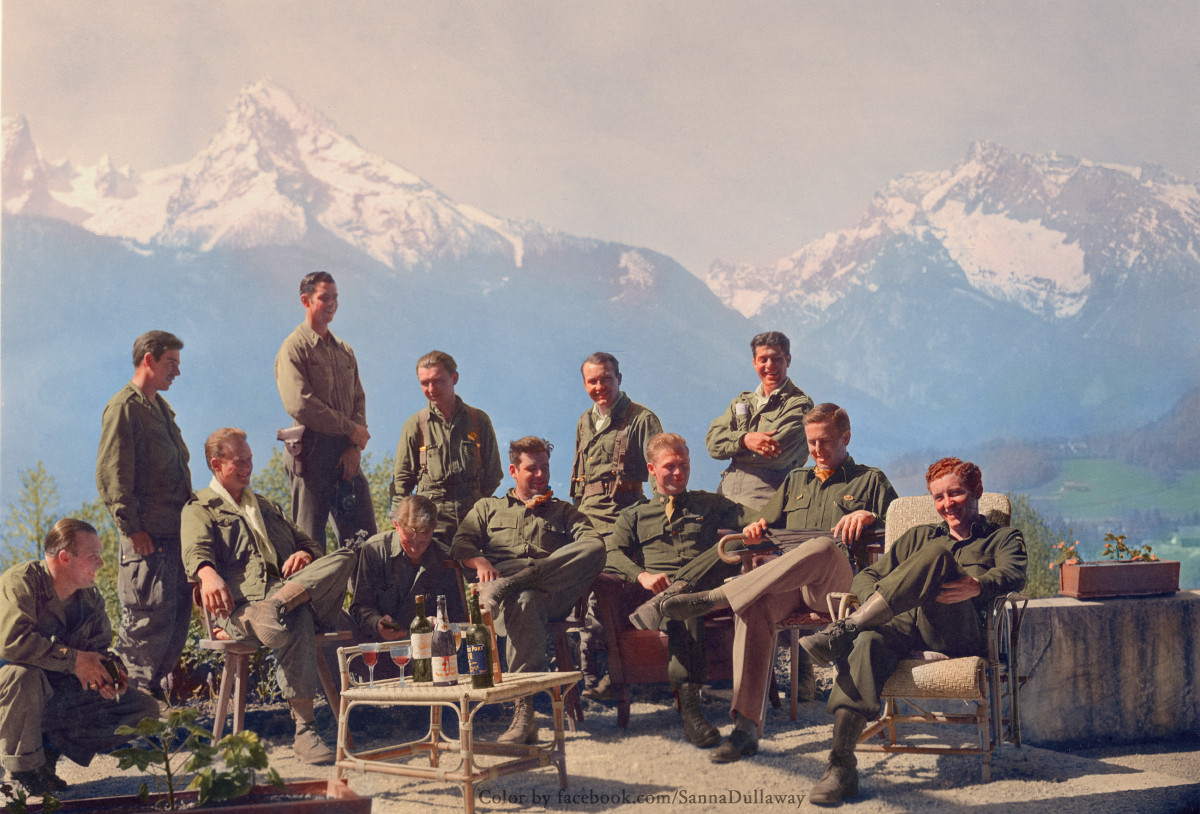